10 generations. That's how far back I can go in my Slovakia line now, in large part thanks to a single DNA match.

My success story begins with a planned trip to Germany to visit my daughter who lives there. We would be there over Thanksgiving weekend, so she suggested taking the time she had off from work to visit Slovakia because she knew it was something I have been wanting to do. It would be a short trip—only 3 days—but I wanted to fit in as much as I could while visiting the area of western Slovakia from which my 2X great grandparents emigrated. 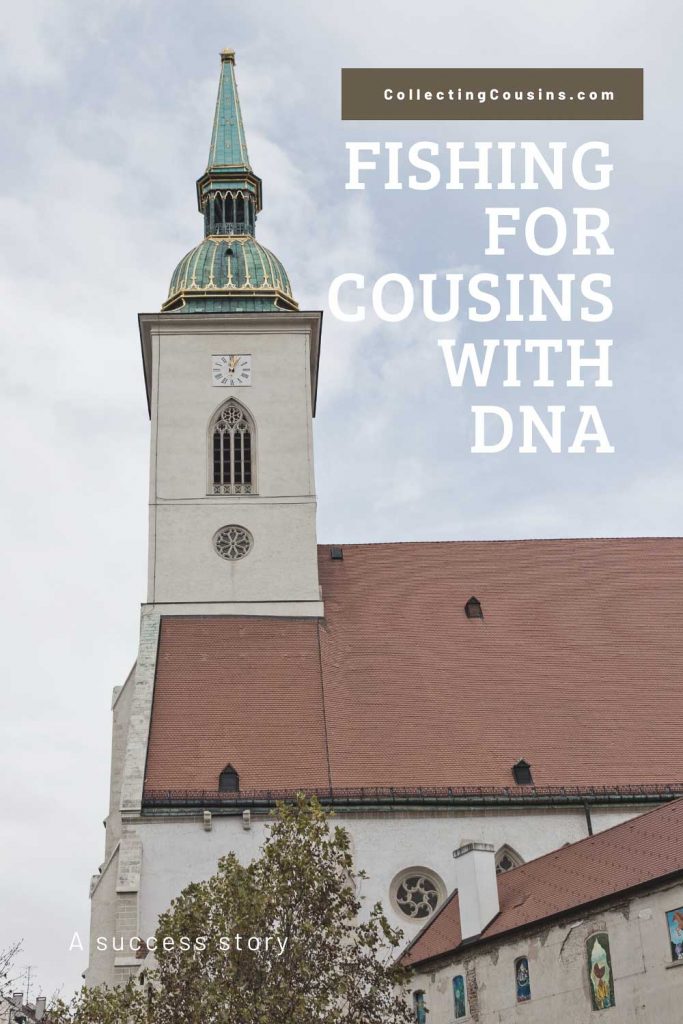 Of course I immediately started focusing on that line in my research; thankfully the Slovakia church records from that time period are available on FamilySearch. I really wanted to connect with cousins who are descended from those lines, so I started paying attention to DNA matches from that area.

Knowing that Europeans tend to use MyHeritage more than the other DNA companies, I uploaded my raw DNA data to that site and checked out my matches. The results weren’t encouraging— matches not responding, not having trees online, or not recognizing the surnames I was researching.

I realized that I would have much better luck with less diluted DNA (my immigrant ancestor is 4 generations back), so I asked my grandfather’s brother who had tested several years ago if I could upload his raw data to the site. Generously, he said yes.

One of the top matches for his profile responded to my contact almost immediately. His tree was extensive, but I didn’t see any of the surnames I am researching when I searched the list of names. I wasn't sure what to think.

The match was quite excited to hear from me and explained that he believed our connection was through his illegitimate great grandmother. He had been told by an uncle that one of the sons or grandsons of my 5X great grandfather was the father of the child, but he had not been able to prove it.

Our match was his first success in making a connection that might eventually lead to confirming his hypothesis, but we have enough mutual matches on a different line that we may be related through a different line. More research and additional mutual DNA matches are needed to confirm our relationship.

This match grew up in one of the ancestral villages I am researching, and in addition to sharing his well-documented research with me, he contributed local knowledge that was a huge help in my research.

Fast forward a few months, and I have doubled the research data on this line thanks to his thorough and sourced research. Where I could only reach back 6 generations, I can now extend to 10 generations. I hope that one day we will be able to confirm our most recent common ancestor.

That isn’t the end of the story, though…

During our daily correspondence since meeting through MyHeritage, this cousin generously offered to host my husband, my daughter, and me during our stay in Slovakia. Not quite sure what to expect, we accepted the offer despite the language barrier (in addition to our first languages, my cousin speaks some English, better French, and a little German; his wife speaks a very little English; my daughter speaks some French and some German; and I speak a some French).

We had an absolutely delightful visit with the whole family. Between English, French, German, and Google Translate we were able to communicate effectively, and my cousin and his family were fabulous hosts. 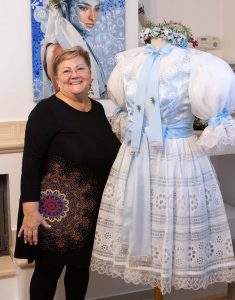 In addition to taking us to all of the nearby ancestral villages and cemeteries, he arranged a private showing of a traditional wedding costume from the village of Láb where my 2X great grandfather was from. Maria Kovárová, the owner of the costume,s lovingly restored it and is part of a cultural program that displays it all over Europe (a painting incorporating it is in the Slovak Embassy in DC).

We visited Bratislava, where we were given a private tour of the historic University of Bratislava library building and saw the site of the Velvet Revolution protests. 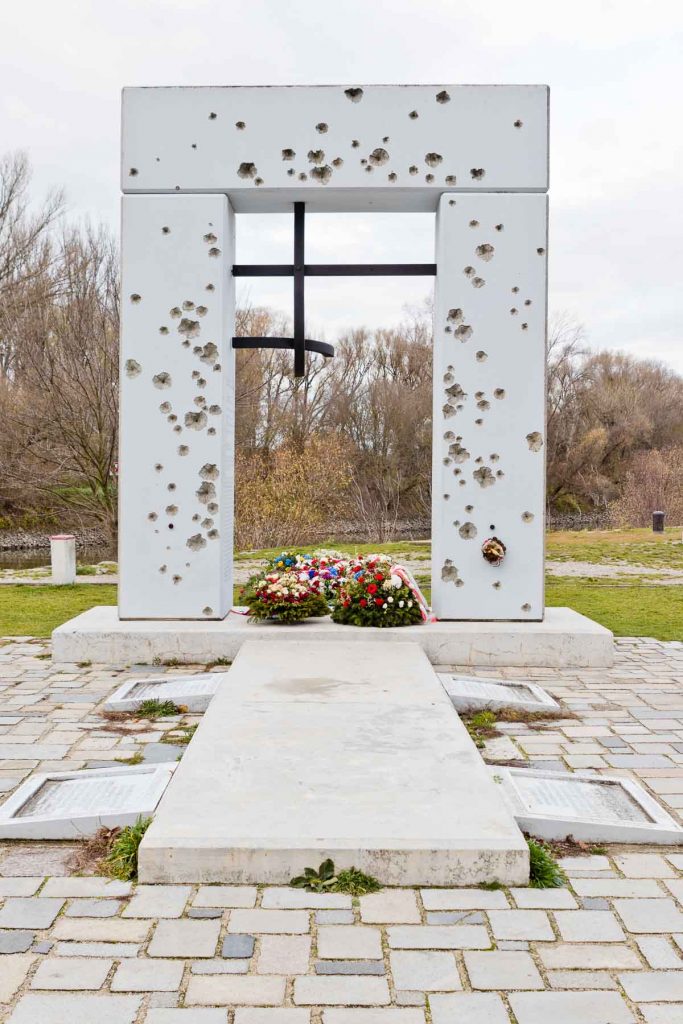 Gate of Freedom outside of Bratislava

Not only did we have a memorable trip seeing the country from which our family hails and meeting many new cousins, but I've gained a new Slovakian friend who enjoys genealogy as much as I do. We continue to correspond and share culture, family updates, and research.

I’ll end this article with the same advice I give friends and family who ask about DNA testing:

1) with permission, test your oldest family members before you test yourself because you never know when that opportunity will be gone, and

2) make sure you are “fishing in the best pond” for your DNA matches.

Had I only looked at Ancestry, 23andMe, and Family Tree DNA, I would never have met my cousin. Testing your older relatives and expanding to MyHeritage can completely change the results of your research.